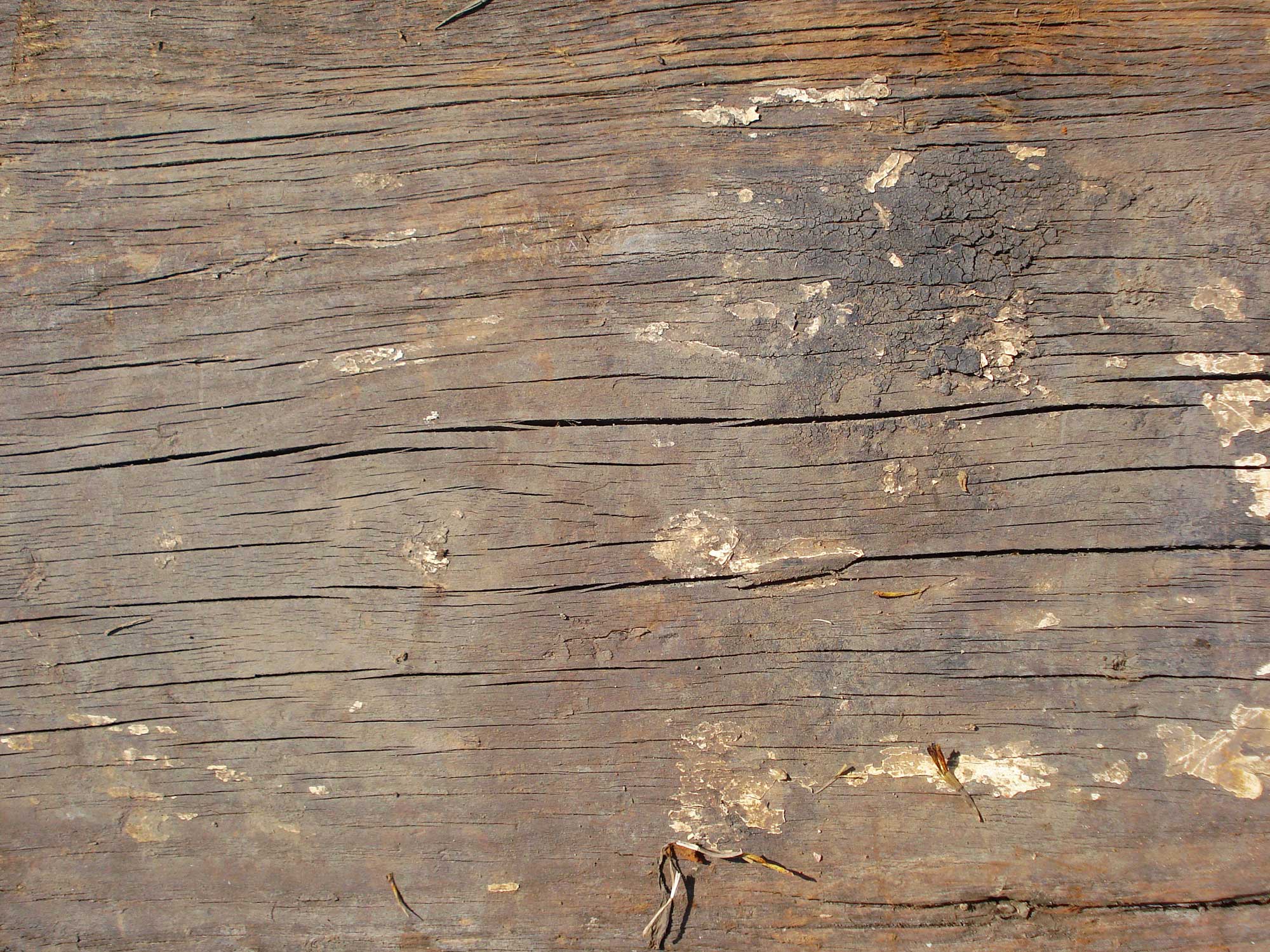 Sanctuary of Artemis at Aulis 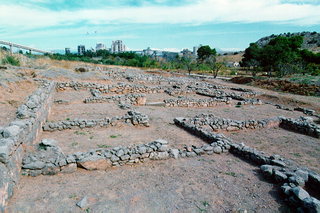 he area of Aulis was inhabited as early as the Mycenaean period (16th-12th centuries B.C.) but the homonymous city mentioned by Homer has been identified with Glypha, a hill towards the north along the coast, near Chalkis. Habitation on the site continued in the Geometric period (10th-8th centuries B.C.) as is attested by an apsidal building uncovered under the Classical temple of Artemis. The temple and the Sacred Spring were both constructed in the 5th century B.C. In the Hellenistic period (330-30 B.C.) the pronaos was added to the temple, while a complex of workshops and a hostel were built to the south. During the Roman Imperial period (30 B.C.-A.D. 330) the temple was repaired and the numerous votive offerings dated to this period suggest the flourishing of the cult. The sanctuary was destroyed during the invasion of the Goths of Alarichus in A.D. 396. The area over the temple was later occupied by bath installations (thermae).

Restricted excavations were conducted at the site in 1928, during the erection of the industry of the “Chalkis Cements”, and later, in 1951 and 1954, by the Ephor of Antiquities I. Threpsiades. More systematic work was undertaken by the same archaeologist in 1956-1961, under the auspices of the Athens Archaeological Society. The finds are kept in the Archaeological Museum of Thebes.

The walls of the monuments are consolidated by the 11th Ephorate of Antiquities whenever necessary.

The most important monuments of the site are:

Temple of Artemis. It measures 9.40 x 31 m. and was built in the 5th century B.C., probably on the ruins of an earlier temple. It has an open pronaos with four or six Doric columns, a cella divided into three aisles by two rows of four Ionic columns, and an adyton. Statues, bases of votive offerings, small “treasures”, and offering tables were found inside the temple.

Sacred Spring. It is located 8m. to the east of the temple and is surrounded by a peribolos. The water was raised from a square cistern (measuring 1.80 x 1.80 m.), accessible by a built staircase. The whole structure was possibly roofed.

Buildings L, N, P, and M. To the south of the temple lie rooms arranged around a central courtyard. The finds, including a pottery kiln, proved that buildings L, N, and P were organized pottery and figurine workshops, while building M was probably a hostel. The whole complex is dated to the Hellenistic period (3rd-2nd centuries B.C.).

Thermae erected after the 4th century A.D. over the eastern part of the cella of the temple, and the area to the north. Architectural parts of the ancient temple (blocks and sculptures) were used as building material.

Trojan War
The Trojan War has its roots in the marriage between Peleus and Thetis, a sea-goddess. Peleus and Thetis had not invited Eris, the goddess of discord, to their marriage and the outraged goddess stormed into the wedding banquet and threw a golden apple onto the table. The apple belonged to, Eris said, whomever was the fairest.

Hera, Athena, and Aphrodite each reached for the apple. Zeus proclaimed that Paris, prince of Troy and thought to be the most beautiful man alive, would act as the judge.

Hermes went to Paris, and Paris agreed to act as the judge. Hera promised him power, Athena promised him wealth, and Aphrodite promised the most beautiful woman in the world.

Paris chose Aphrodite, and she promised him that Helen, wife of Menelaus, would be his wife. Paris then prepared to set off for Sparta to capture Helen. Twin prophets Cassandra and Helenus tried to persuade him against such action, as did his mother, Hecuba. But Paris would not listen and he set off for Sparta.

In Sparta, Menelaus, husband of Helen, treated Paris as a royal guest. However, when Menelaus left Sparta to go to a funeral, Paris abducted Helen (who perhaps went willingly) and also carried off much of Menelaus’ wealth.

Menelaus, however, was outraged to find that Paris had taken Helen. Menelaus then called upon all of Helen’s old suitors, as all of the suitors had made an oath long ago that they would all back Helen’s husband to defend her honor.
Many of the suitors did not wish to go to war. Odysseus pretended to be insane but this trick was uncovered by Palamedes. Achilles, though not one of the previous suitors, was sought after because the seer Calchas had stated that Troy would not be taken unless Achilles would fight.

One of the most interesting stories is of Cinyras, king of Paphos, in Cyprus, who had been a suitor of Helen. He did not wish to go to war, but promised Agamemnon fifty ships for the Greek fleet. True to his word, Cinyras did send fifty ships. The first ship was commanded by his son. The other forty-nine, however, were toy clay ships, with tiny clay sailors. They dissembled soon after being placed in the ocean (Tripp, 584-584).

The Greek fleet assembled, under Agamemnon’s inspection, in Aulis. However, Agamemnon either killed one of Diana’s sacred stags or made a careless boast. Either way, Diana was outraged and she calmed the seas so that the fleet could not take off.

The seer Calchas proclaimed that Iphigenia, daughter of Agamemnon, must be sacrificed before the fleet could set sail. This was done, and the Greek ships set off in search of Troy.

Finding Troy proved difficult, however, and the Greek fleet at first landed in Mysia. According to Herodotus, the Greeks were under the impression that Helen had been taken by the Teuthranians (Teucrians), and though the Teuthranians denied such allegations, the Greeks layed siege to the city (Herodotus, Bk. II.118). The Greeks ultimately prevailed, but suffered heavy casualties at the hands of Telephus, king of the Teuthranians, and, at the end, were still without Helen. Telephus, in the course of the war, was wounded by Achilles.

With no where else to turn, the Greeks returned home.

The Trojan War might not have happened had not Telephus gone to Greece in the hopes of having his wound cured. Telephus had been told by an oracle that only the person who wounded him (in this case, Achilles) could cure him. Achilles assented and Telephus told the Greeks how to get to Troy.
Embassy to Priam

Odysseus, known for his eloquence, and Menelaus were sent as ambassadors to Priam. They demanded Helen and the stolen treasure be returned. Priam refused, and Odysseus and Menelaus returned to the Greek ships with the announcement that war was inevitable.

The first nine years of the war consisted of both war in Troy and war against the neighboring regions. The Greeks realized that Troy was being supplied by its neighboring kingdoms, so Greeks were sent to defeat these areas.

As well as destroying Trojan economy, these battles let the Greeks gather a large amount of resources and other spoils of war, including women (e.g., Briseis, Tecmessa and Chryseis).

The Greeks won many important battles and the Trojan hero Hector fell, as did the Trojan ally Penthesilea. However, the Greeks could not break down the walls of Troy.

Patroclus was killed and, soonafter, Achilles was felled by Paris.

Helenus, son of Priam, had been captured by Odysseus. A prophet, Helenus told the Greeks that Troy would not fall unless:
a) Pyrrhus, Achilles’ son, fought in the war,
b) The bow and arrows of Hercules were used by the Greeks against the Trojans,
c) The remains of Pelops, the famous Eleian hero, were brought to Troy, and
d) The Palladium, a statue of Athena, was stolen from Troy (Tripp, 587).
Phoenix persuaded Pyrrhus to join the war. Philoctetes had the bow and arrows of Hercules, but had been left by the Greek fleet in Lemnos because he had been bitten by a snake and his wound had a horrendous smell. Philoctetes was bitter, but was finally persuaded to join the Greeks. The remains of Pelops were gotten, and Odysseus infiltrated Trojan defenses and stole the Palladium.

Still seeking to gain entrance into Troy, clever Odysseus (some say with the aid of Athena) ordered a large wooden horse to be built. Its insides were to be hollow so that soldiers could hide within it.

Once the statue had been built by the artist Epeius, a number of the Greek warriors, along with Odysseus, climbed inside. The rest of the Greek fleet sailed away, so as to deceive the Trojans.

One man, Sinon, was left behind. When the Trojans came to marvel at the huge creation, Sinon pretended to be angry with the Greeks, stating that they had deserted him. He assured the Trojans that the wooden horse was safe and would bring luck to the Trojans.

Only two people, Laocoon and Cassandra, spoke out against the horse, but they were ignored. The Trojans celebrated what they thought was their victory, and dragged the wooden horse into Troy.

That night, after most of Troy was asleep or in a drunken stupor, Sinon let the Greek warriors out from the horse, and they slaughtered the Trojans. Priam was killed as he huddled by Zeus’ altar and Cassandra was pulled from the statue of Athena and raped.

After the War
After the war, Polyxena, daughter of Priam, was sacrificed at the tomb of Achilles and Astyanax, son of Hector, was also sacrificed, signifying the end of the war.

Aeneas, a Trojan prince, managed to escape the destruction of Troy, and Virgil’s Aeneid tells of his flight from Troy. Many sources say that Aeneas was the only Trojan prince to survive, but this statement contradicts the common story that Andromache was married to Helenus, twin of Cassandra, after the war.

Menelaus, who had been determined to kill his faithless wife, was soon taken by Helen’s beauty and seductiveness that he allowed her to live.

The surviving Trojan women were divided among the Greek men along with the other plunder. The Greeks then set sail for home, which, for some, proved as difficult and took as much time as the Trojan War itself (e.g., Odysseus and Menelaus).